Jack Baric is an Emmy Award winning producer and marketer and founder of Baric Media Entertainment and Gopher Crow Entertainment production and marketing company. His diverse professional endeavors include a passion for telling stories through the medium of film and video, marketing, economic development, and charitable good works.

He spent over 15 years in magazine publishing, during which time he was the partner in a college media and marketing company, created a magazine division for the Long Beach Press-Telegram, and launched a magazine for his hometown, San Pedro Magazine, that continues as San Pedro Today Magazine.

In 2005 he created a production company that has produced several documentary films, numerous corporate videos, commercials and PSAs. His films have played on PBS, Fox Sports, and on screens all across North America and Europe garnering him numerous awards and accolades. Two of his acclaimed documentary feature films screened at the LA Harbor International Film Festival as closing programs of DocSunday: Port Town in 2006 to “standing room” attendance, and Searching For A Storm in 2009. Another successful endeavor is Bloody Thursday produced for the ILWU.

Not satisfied with just producing the content, Baric has utilized his productions to serve as the foundation for marketing campaigns, which he created. These campaigns were used to spur economic development, create social awareness, or raise money for charity. For example, his film A City Divided, about the history of the USC vs. UCLA football rivalry, was at the center of a campaign he created called Rivals United for a Kure, which raised $600,000 for the cancer research centers at UCLA and USC. 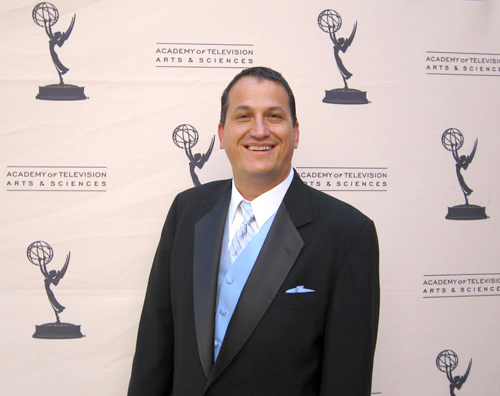 He has served as the chairman of Economic Development Committee for the San Pedro Chamber of Commerce (SPCC) and later as the chairman of the SPCC Marketing Committee. He was on the advisory board that formed Port Tech LA, a business incubator dedicated to providing green technology business solutions for the Port of Los Angeles and the maritime industry. He has been long standing member of the SP Sportswalk to the Waterfront committee.

Baric is an alumni of the University of Southern California, where he majored in economics, and minored in marketing.
A first generation American of Croatian heritage, he resides in Rancho Palos Verdes, California with his wife Denice and their teen twins Katia & Kyle.

Founder and director of the LA Harbor International Film Festival (LAHIFF) Mardesich was born and raised in San Pedro, California. She attended local public and private schools graduating with honors from San Pedro High School where she was active in student government and service clubs. The tradition of service was instilled in her from early childhood as a Brownie, Girl Scout, charter member of the Assisteens, Jobs Daughters (majority member), and part of a family acknowledged for involvement in the cultural life of the community.

She continued her higher education at Pine Manor College, Chestnut Hill, Massachusetts (A.A. Liberal Arts); the University of Southern California (USC) (B.A. English Literature /Humanities);graduate studies at the USC School of Cinematic Arts (M.A. thesis stage film history, criticism, aesthetics). Further studies include the cours de vacance at University of Dijon, France, and Stanford University. She resided in London, England in 1986-88, where she was a journalist and PR consultant, and maintains close ties with the United Kingdom, traveling there frequently.

Known for her eclectic style, her penchant for film began as a child when she preferred viewing “old movies” rather than cartoons (except for Betty Boop) on television. After producing several acclaimed equity waiver theatre productions in Los Angeles, including the world premiere of Trilogy Blue by J. Paul Porter at Los Angeles Actors Theatre, and L.A. premiere Curse Of The Starving Class by Sam Shephard at the Met Theatre She made many forays to produce docu-dramas for the television or motion picture screen and public access television program “Talk About Food and Film.” She was corporate communications director for Digital Productions known for “state of the art” computer graphics and special effects utilizing the Cray Supercomputer (e.g. The Last Starfighte; official credit as “Assistant to Production Executives) prior to her move to the U.K.

Upon her return from abroad she focused her PR consulting in arts and entertainment, and non-profit organizations representing clients such as the International Documentary Association (IDA) and documentary filmmakers; working with YMCA, and other worthy organizations. As an accredited journalist her byline has appeared in articles and essays about non-fiction film, travel and cuisine. In 2017 she created “Cinema Stephanie” (blogette) to dispatch pithy terse reviews of the “current cinema” with acute perception and positive angle.

With a keen interest in local history and preservation – her family has been in SP for over 100 years with a significant legacy in the fishing industry – she is known as an active community supporter. Her letters to the editor are frequently published in various journals. She also manufacturers a gourmet food item “Stephanie’s Sensations Peppa Jelly” with proceeds going to charitable interests.

In 2016 she was named one of the “Extraordinary Citizens” of California Senate District 35 by Senator Isadore Hall, III. Other commendations include the 2008 Pioneer Woman Award representing Council District 15 by the City of Los Angeles Commission on the Status of Women and Councilwoman Janice Hahn; and in 2010 recipient of the Star Award from the San Pedro Chamber of Commerce.

Stephanie dedicates her effort on behalf of the SOLAHA to her late parents (retired teacher) Lee (Sher) Mardesich and Joseph M. Mardesich, Jr. “a lady and gentleman for all seasons” who always encouraged the values of education, cultural awareness and community participation; and her late brother Joseph M. Mardesich, III, political pundit, historian, wine expert, Lakers fan and author (see www.whoshothueylong.com), She also spearheaded the Clifford J. Campion (CJC) Writing Scholarship Fund at USC school of cinematic arts to perpetuate the highest standard and quality in screen writing. In 2017 she created “Cinema Stephanie –Blogette” that can be viewed at the LAHIFF website.

She ardently promotes historic preservation and awareness for all generations to become involved.

A non-juried, non-competitive film festival LAHIFF aims to entertain, enlighten and educate the cinematic audience by showcasing film and video that reflects the harbor and all that it embraces –  shipping and commerce, fishing, sailing, water sports, sea life and the area’s rich ethnic and cultural influences; and to promote the documentary genre via DocSunday,  literacy and a more thoughtful way to view a film through the education outreach program “Read the Book, See the Movie” – to create a cinematic  bridge between the people of the region and the people of the world.” (LAHIFF is a 501c3 non-profit organization).

Being a sponsor of the  LAHIFF demonstrates a sense of community awareness and support of the essential mission. Partnerships between business and individuals in supporting cultural events is fundamental to perpetuate the humanity, creativity, and traits we value as citizens, and its significance can never be underestimated.

A movie of the of the stories was included in “DocSunday”, March 17 Closing Event.   Stories Of The Los Angeles Harbor Area: For Yesterday, Today & Tomorrow – The Movie is a composite including one representative story from each participant to demonstrate and instill the importance of retaining memories of the past for the present and future.

SOLAHA was made possible by grant funding from the County of Los Angeles Board of Supervisors
authorized by Supervisor Janice Hahn, District 4

Filmed on location in San Pedro, California, USA in May and June 2018